Suspended above
The sea

Pico Island takes its name from the Ponto do Pico volcano, which, at 2,351 metres, is the highest mountain in Portugal.

Its vines are cultivated in currais, small plots surrounded by ancient dry-stone walls which protect them from the ocean winds. They are planted in the lajido, the lava crust formed over centuries following the eruption of the volcano. They have low production levels which are characterised by a high quality.
In 2004, the Landscape of the Pico Island Vineyard Culture was classifed as a World Heritage Site by UNESCO and it is now internationally recognised for its truly unique wine growing techniques. 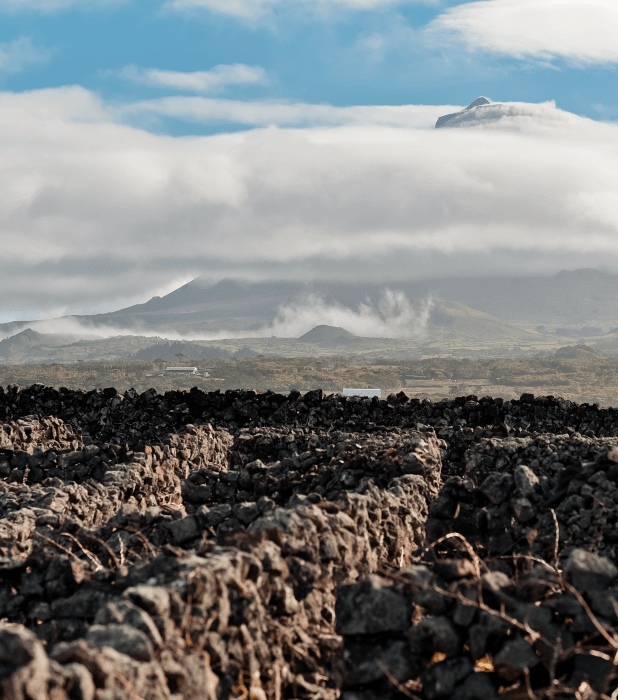 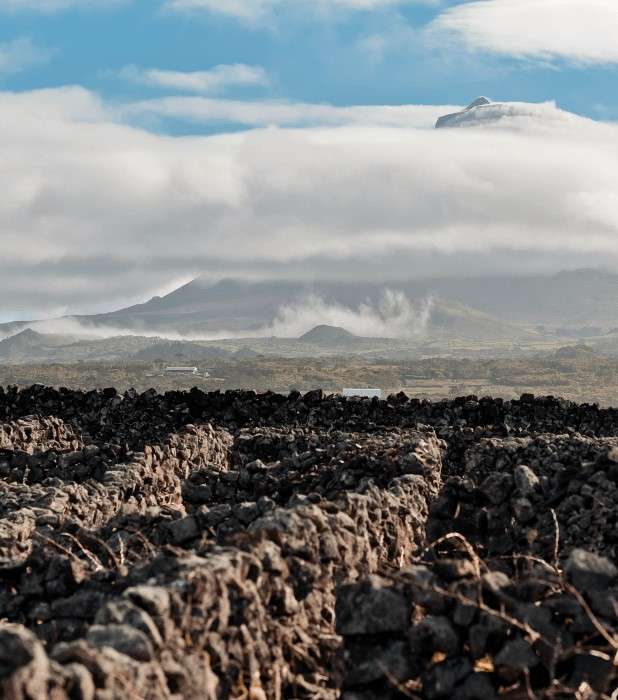 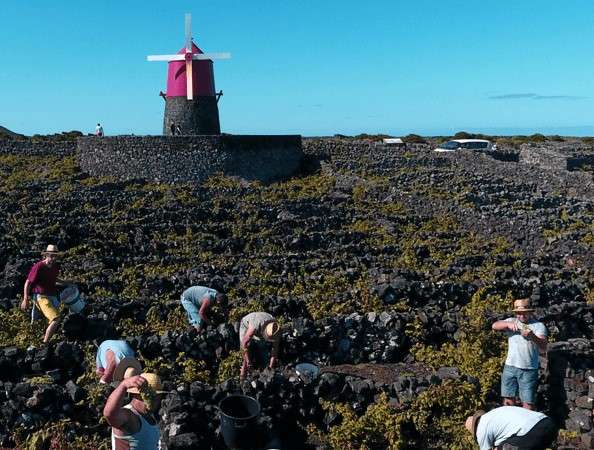 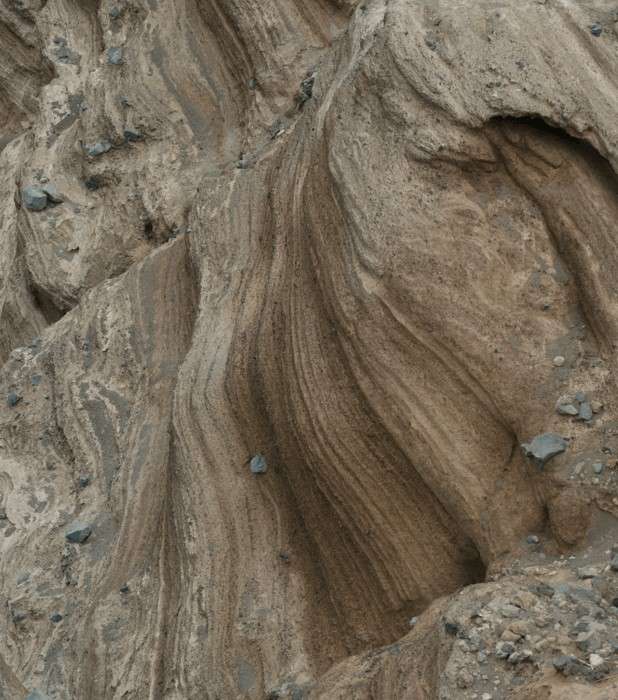 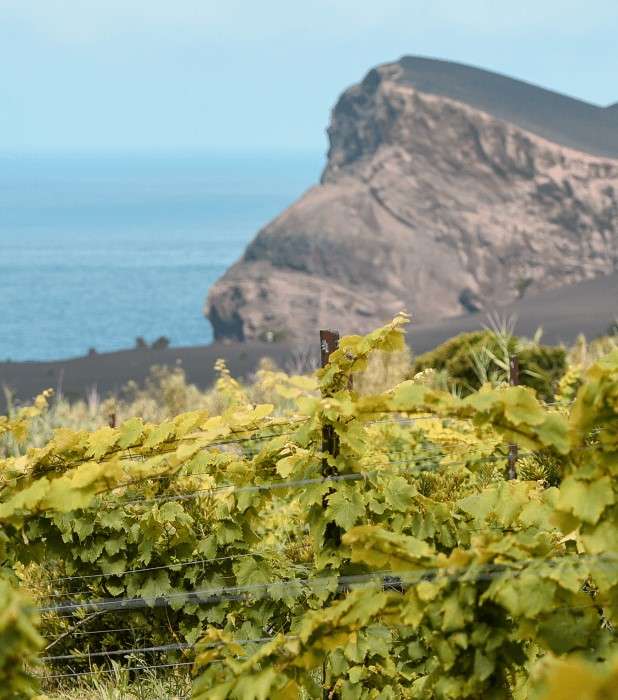 The wines of Faial

They are produced in a breath-taking landscape around the Capelinhos volcano, created in 1957 following the last eruption on the archipelago: a mountain of red and black earth, dotted with volcanic rocks that emerges from the incredible deep blue ocean.

Thanks to the Adega do Vulcão wines, there has been a revival of activity in this noble wine growing area that has unique characteristics in the archipelago. The land, where ash from the eruptions was deposited in 1957, is characterised by a unique mineral composition, associated with excellent drainage and with a special microclimate. 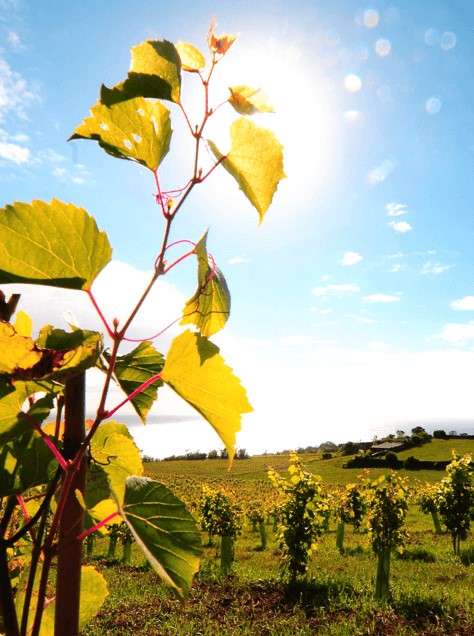 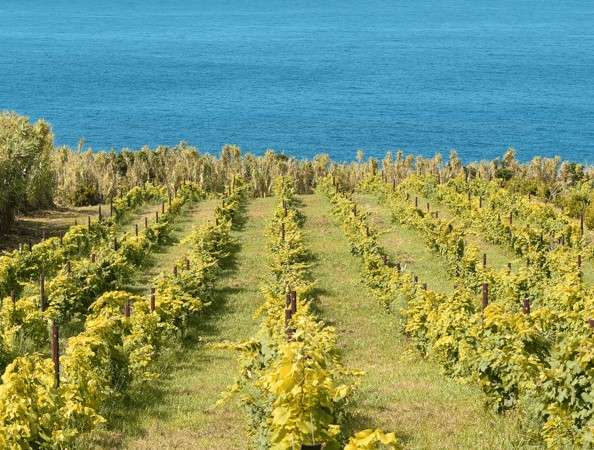 In the early hours of the morning, the earth began to shake and, about a mile off the west coast, the sea became very rough and hot. This was the beginning of the eruption of Capelhinos, a new volcano that would continue its activity for over a year, giving rise to the Portugal’s newest land.
Journalists, photographers, scientists and volcanologists rushed from around the world to document the only volcano in the world that could be photographed, filmed, viewed, studied and interpreted from the start to the end of the eruption.
Sand and ash exploded from the volcano for months, completely submerging fields and destroying homes under their weight. From a social point of view, this striking natural phenomenon had dramatic consequences, half of the population emigrated to the United States, thanks to a refugee law proposed by then Senator John Fitzgerald Kennedy